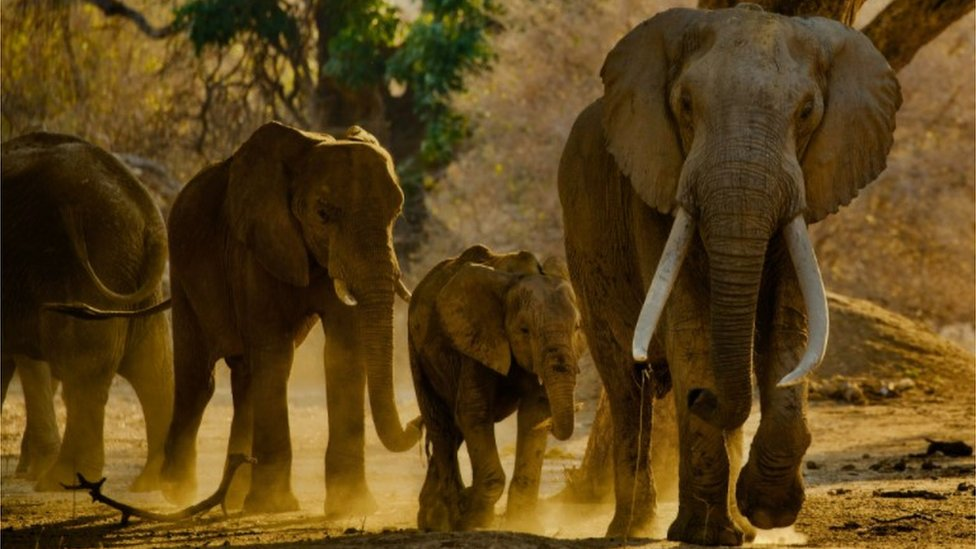 “We’ve gone 12 months without an elephant being shot and killed by poachers at Mana Pools National Park, which is a huge result.”

For Nick Murray, a conservationist born in Pontypridd, this result has followed years of hard work.
Nick now runs a conservation project with his wife Desiree covering the Lower Zambezi Valley of Zimbabwe, an area of 10,000 sq km (3,800 sq miles).

Over the past 23 years, he has seen the wildlife populations of the valley decrease rapidly. In particular, the elephant population at the Unesco World Heritage site has nearly halved in the past two decades from 20,000 to 12,000.

Nick said poaching had “hammered” the elephant population, and the drop in tourists caused by the coronavirus pandemic was expected to lead to an increase in the illegal practice. Thankfully that has been avoided.
The anti-poaching work of Bushlife Conservancy – the project Nick runs – is complex and dangerous, training armed national park rangers to protect the animals, and keeping rangers mobile via boats and jeeps to track wild animals.

The anti-poaching work of Bushlife Conservancy – the project Nick runs – is complex and dangerous, training armed national park rangers to protect the animals, and keeping rangers mobile via boats and jeeps to track wild animals.

The 52-year-old said: “In 2008 and 2009 it was really bad. Poachers would put cyanide in trees targeting elephants, but when that was too slow they’d poison the watering holes.

“The aim was to kill elephants but the results were it would kill all wildlife which drank from it, from a little bird to a leopard or a lion.

“On one occasion a pack of wild dogs, which are an endangered species, eight elephants and a number of other animals were killed at a poisoned watering hole. That really brought it home that we needed to up our game.

“It wasn’t just a case of listening out for gun shots and tracking poachers down anymore, you’ve got to be proactive and be there to prevent them getting to the watering holes.

“Thankfully, with the hard effort we’ve put in with Zimbabwe national park rangers, we’ve curbed that.” 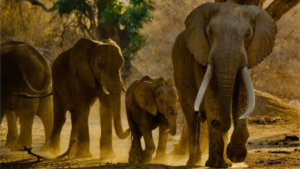 image captionWalking with elephants is a “unique experience”, says Nick

Nick studied Zoology at university in South Africa and has guided in many African countries. He has spent the past 23 years canoeing the Zambezi River and working in all the wildlife areas of Zimbabwe.

“I got interested in wildlife at a very young age. I remember being in Swansea with my grandfather, who played rugby for Wales – a gentleman called Dai Thomas – and he gave me a BBC wildlife magazine from 1971. That was my earliest stimulation into my passion for wildlife.

“An elephant is such an intelligent animal so it’s about spending time with them because they can smell you and recognise your voice, but they also know who you are by a vibe from your body and you can just sense each other’s mood. Some will seek out human company.

“It’s a unique experience and Mana is one of the few places you can get out and walk with these amazing creatures.”

The conservation project constantly monitors the herds by first collaring the animal.

A vet will fire an anaesthetic dart, then the team works quickly to attach the tracker before an antidote is injected.

“A lot of the big bulls [male elephants] were wiped out by poaching. If they leave the national park and go into hunting areas, we can act on that now.

“If the collar is reading stationary, that triggers an alarm that alerts us to the animal and we can go and investigate, and if he’s been poached we can follow that up.” 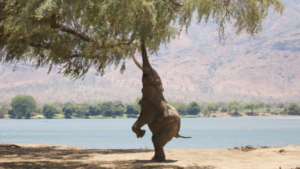 image captionElephants are poached for their ivory tusks

Coronavirus has hit Zimbabwe’s tourism industry hard and fewer tourists usually leads to an increase in poaching, but the rangers and conservation teams have been working hard to prevent it.

“Tourism is a major factor toward conservation and without the tourist camps being open there’s been no presence.

“The park has been an empty shell except for a few rangers, but they have managed to keep poaching at bay, which is a fantastic success.”

Elephants use their tusks to protect themselves, move objects and gather food, but their ivory is highly lucrative on the illegal market.

A study published in 2016 estimated up to 40,000 elephants were being killed by poachers – who remove the tusks with an axe – every year.

“Ivory has been sought after by man for thousands of years, but it’s the market in the Far East which drives the poaching,” said Nick.,

“China has done a lot recently to try and stop the trade but it’s just driven it further underground.

“The poacher on the ground, who is risking his life, will get around $500. So the further away from Africa it goes the higher the price goes.”

He said poaching was indiscriminate, killing of all sexes and ages of elephant.

“But over the last five years there have been over 300 arrests and 1,500 years of jail time handed down, so this has also been a massive deterrent.” 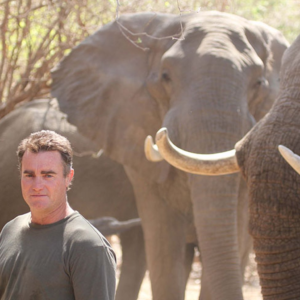 It was seeing the effects of poaching for himself that got Nick involved in his current role.

“I was guiding one backpacking photography safari 10 years ago and we got surrounded by poachers at a watering hole.

“There were vultures all around this amphitheatre at the spring, so you could tell from that how many elephants had been killed there.

“It was a dozen and we found another bunch of dead elephants in the next valley. We alerted the park rangers and luckily the poachers were caught.

“So, just from that one walk 30 pairs of elephant tusks were recovered and 11 poachers arrested. It was from that one safari that it really brought it home to me that the level of poaching was horrendous and that’s what made me so determined to start this conservation work and do what we’ve been doing.” 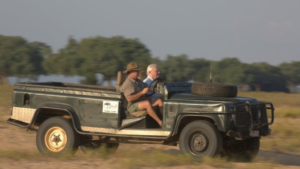 He will start working on a new Attenborough series called Green Planet this month, while continuing to focus on his conservation work.

“We are proud of what we’ve done and the impact it has had. It’s been far greater than I thought we would be able to achieve,” Nick said.

“We were losing an elephant a day in the valley through poaching and now we have not lost one in Mana for 12 months – that’s unbelievable. At this rate it means the elephant population here will increase by 5% per annum.”